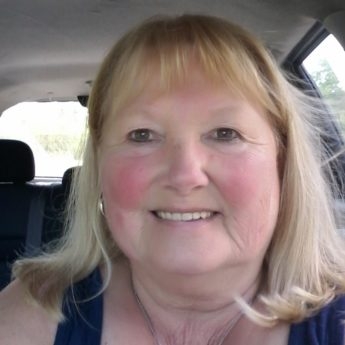 Nancy Russell of Cable, Wisconsin, is extremely grateful for the Minneapolis Heart Institute Foundation® (MHIF) research that saved her life. For more than a decade, various medications and devices had helped treat her congestive heart failure, which she had developed after a serious heart attack in 2006. However, by the summer of 2019, Nancy’s condition had progressively worsened. A heart transplant was the only option left to save her life.

“As time went on, I just got a little shorter of breath and then I got really bad. I was sleeping sitting up and had a chair in front of me with a pillow on it, relaxing on that to be able to sleep and breathe at the same time,” said Nancy. “My doctor said I was at the end stage of congestive heart failure and there was nothing more they could really do. He sent me to Minneapolis Heart Institute®at Abbott Northwestern and thank goodness he did.”

At Abbott, Nancy learned of an opportunity to potentially receive a donor heart faster by participating in a new MHIF research study. This was exciting for her, because at any given time, there are nearly 3,700 patients

on the National Heart Transplant List waiting for a heart. The availability of donated hearts remains limited and tragically, many patients die waiting before a donor is found. One of the biggest reasons is that a heart transplant must occur within six hours. The longer the heart is outside the body, the riskier it is to implant the heart. This means many heart donations go unused from various geographic locations because of the transport time required.

Beginning in the summer of 2019, Minneapolis Heart Institute Foundation heart failure researchers became one of 10 centers nationally involved in a clinical trial studying the investigational TransMedics Organ Care System (OCS™). Often referred to as a “Heart-in-a-Box”, the OCS™ Heart is a revolutionary system that preserves a donor heart, keeping it beating instead of simply storing it on ice in a small cooler during transport as has been the traditional approach. When transported via the “Heart-in-a-Box,” a heart might potentially be viable for a transplant longer.

Nancy said, “I had never heard of ‘Heart-in-a-Box’ and when that was explained to me, I thought, it was just so futuristic and just wonderful. Because before I would only be able to get a heart from just the Midwest, and this way it went coast to coast. I thought, yeah, anything to get me a heart faster.”

In late June 2019, she immediately signed up to participate in the study and was added to the National Heart Transplant List. She was ecstatic when, as a result of participating in the MHIF study, she was able to receive her new heart on Sept. 4, 2019, less than three months later.

“It was just unbelievable; I didn’t think it would happen that fast,” said Nancy. “I thought I’d go through the winter and even maybe the next winter before something would become available. I wouldn’t have lasted too much longer.”

She continued, “I’m so thankful and I feel so blessed. I just think of the people that are donors … oh my gosh, they’re so needed. I can’t tell you how it makes you feel to know that you’re going to be able to live because of someone else. And the doctors at Abbott are just … they’re miraculous. They really know what they’re doing and I felt like I was just in the best of hands. I can’t wrap my head around how they do these things. It’s just a miracle, it really is.”