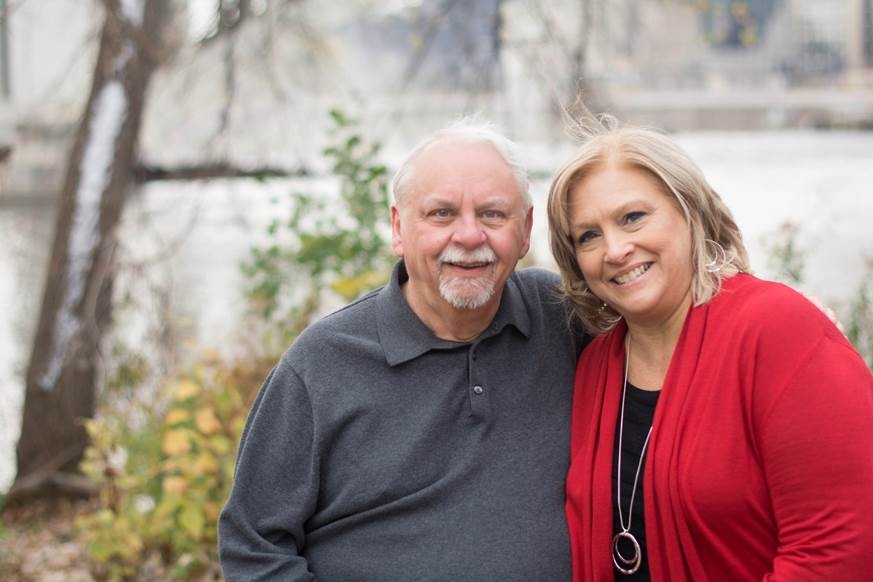 John Morency has always had a good sense of humor about his age and life. As the 67-year-old Twin Cities resident likes to joke, he’s “been 50 for the last 17 years.” Now, thanks to an October 2018 heart procedure at Minneapolis Heart Institute® (MHI) at Abbott Northwestern Hospital, John has an increasingly positive attitude about his quality of life as he ages, too.

“I have so much to be thankful for; I haven’t felt this good in over 10 years. It’s like night and day,” said John, who has struggled with the symptoms of coronary artery disease on and off since 1995. “Prior to the procedure, I could walk 50 yards at the very most and then I had to stop and wait for a minute or two to catch my breath again before I could go on.”

John had developed a chronic total occlusion (CTO), which is complete or almost complete blockage of a coronary artery for 30 days or longer. The treatment of CTO is challenging, yet John experienced dramatic relief of his symptoms after MHI interventional cardiologist Dr. Emmanouil Brilakis performed a technically advanced procedure called chronic total occlusion–percutaneous coronary intervention (CTO-PCI) along with stenting to open a blockage in his left anterior descending artery.

The CTO-PCI procedure requires an extraordinarily high level of skill; only 2 percent of U.S. interventional cardiologists are qualified to perform the range of techniques used.

The Minneapolis Heart Institute Foundation (MHIF) is a leader in CTO-PCI research and Dr. Brilakis serves as the principal investigator on MHIF’s PROGRESS-CTO study. Started in 2012, PROGRESS-CTO is the largest registry of international patients who have undergone PCI for CTO. This registry allows researchers to analyze and learn from the clinical, angiographic and procedural characteristics used in more than 3,000 CTO-PCI procedures worldwide.

About a month after his procedure, John was able to take two of his young grandkids on a 55-minute walk all around his neighborhood and said he had “lots of energy” and “no problem at all” keeping up with them. He was also eagerly attending cardiac rehab three times a week and said he was very easily able to walk on the treadmill and recumbent bike for 20 minutes apiece.

“I’m looking forward to being able to do new things,” said John. “I plan on doing a lot of walking, and I haven’t gone hiking around the North Shore for many, many years. I might be able to do some of that — and some climbing, too.”

John’s CTO-PCI was actually his third heart procedure, although his first at MHI. In 1995, he had a triple bypass, and in 2013 he received two coronary artery stents. After his chest heaviness and shortness of breath returned in 2018, he was initially scheduled for another major bypass surgery, as an angiogram showed his earlier bypasses were blocked off. After further testing, doctors determined he wasn’t a good candidate for a bypass because his saphenous vein (the vein used for the bypass) in his right leg was too small, and the one on his left leg had already been used during his prior bypass. After weighing the various options, John’s heart surgeon suggested that he see an interventional cardiologist with expertise in CTOs and he chose to see Dr. Brilakis.

The very evening after the procedure, John got up and walked around the hospital care unit with his wife Cheryl and was able to walk further than he’d been able to in a long time.

“I felt no distress at all,” said John. “The following day before discharge, we walked even further. I can say that I felt benefit that very same day.”

He continued, “Our experience at MHI was excellent; both my wife and I were treated extremely well, with respect and dignity. Every time I had a question, it was answered very well, very thoroughly and in layman’s terms that I could understand easily. All the technical people who performed the various procedures were all very good at explaining things and nobody seemed to be rushed, or hurried, or worried or nervous. They just went about their job, so I felt very relaxed the whole time. I felt very confident that all was going to be well.”

Coronary CTO is caused by a heavy buildup of cholesterol plaque within the artery, resulting in a significant decrease in blood flow to the heart. CTO can cause chest pain, pressure or tightness (angina), shortness of breath, and/or dizziness or fatigue.

In the past, chronic total coronary artery blockages have been difficult to clear with interventional procedures as the blockage becomes difficult to penetrate due to scar tissue and calcium buildup. Thankfully, with the advent of advanced technology and innovative percutaneous techniques (performed through a catheter entering the arterial system at either the arm or the leg), interventional cardiologists can now successfully open chronic blockages with percutaneous coronary intervention (PCI), making it a viable option for some patients who are experiencing symptoms related to their CTO. During the procedure, interventional cardiologists gently steer special guide wires and catheters across the blockages rather than tunneling through them. New advanced technology makes fine movement of the guide wire tip much easier to control than in the past.

As published in April 2018 in the Journal of American College of Cardiology: Cardiovascular Interventions, results from MHIF’s PROGRESS-CTO registry have shown that with improved equipment and techniques, percutaneous coronary intervention for chronic total occlusions is now being performed with remarkable success and low complication rates, especially over the last five years.

With MHIF’s 2018 launch of the Complex Coronary Artery Disease Science Center, the center aims to continue making the impossible possible through innovative research and education around treatment approaches for the most complex of coronary artery disease cases.