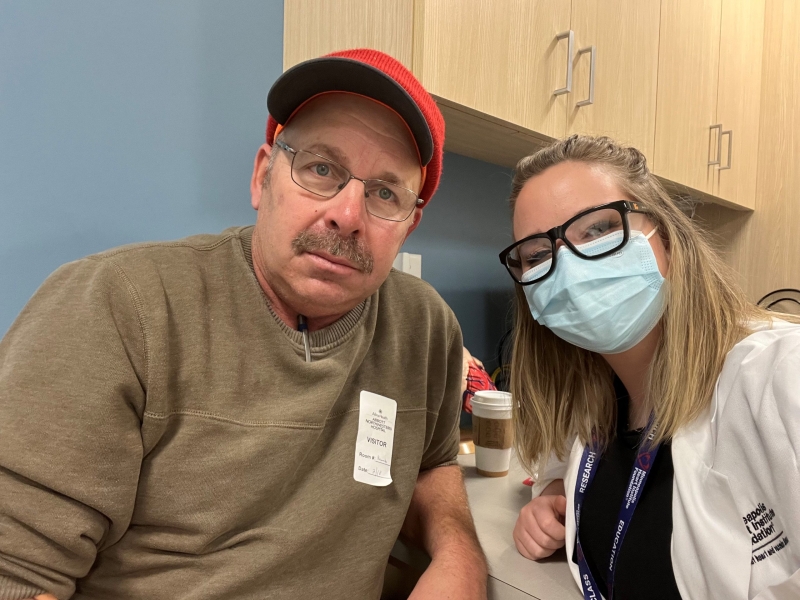 Jeff Fraser, 61, leads a fairly healthy lifestyle on a farm about an hour west of Minneapolis. His heart journey began over 5 years ago with a few heart issues, including multiple stents to prevent blockages over the past several years.

In 2021, Jeff started to experience frequent and debilitating chest pain and met with Dr. Jay Traverse at Minneapolis Heart Institute®. At the time, he needed testing to determine if any of his arteries were blocked.

Shortly after, Jeff learned he was eligible for a new research study on stem cell therapy called FREEDOM, which uses a person’s own cells to potentially repair damage to coronary arteries. This treatment is delivered via a minimally invasive, catheter-based procedure (a small tube that can travel through the artery).

Coupled with his research participation, Jeff was also encouraged to start exercising regularly. He’d been placed on blood pressure and cholesterol medication, which greatly improved his levels, but his nurse advised that exercise would play a key role in keeping him healthy.

A few months later, Jeff was approved for the FREEDOM trial and began the procedure, involving injections for five days to increase his stem cell count before undergoing a process similar to dialysis to extract the cells needed for the study. Immediately, Jeff’s cells were sent on a plane to be processed and returned so Jeff could receive his therapy with his own cells within 90 hours. This study also included a group who would receive a placebo and did not actually receive the treatment, and Jeff won’t know for certain which group he is in for some time.

After being enrolled in the study and a few months of regular exercise, Jeff is feeling back to 100% without any chest pain to speak of.  When asked about whether he felt good about participating in research, Jeff explained, “It’s an option. You gotta roll the dice. By being in the trial I was lucky, ran into the right people, and got things done. The people (at MHIF) have always been great to work with.”

Jeff will keep coming in every few months for EKGs, blood tests and other checkups, but he’s eager to stay committed to the study and feels grateful for to be connected to Abbott, MHI and Dr. Traverse. At one of his upcoming appointments, Jeff will have his next angiogram where more data will be gathered about the study’s effect.

“When my grandson was three, they noticed he’s missing a chamber in his heart, meaning he needs two open heart surgeries sometime in his lifetime. But every day that goes by, technology gets better. I participated in research because it may or may not help me, but hopefully it helps somebody in the future. Now that I don’t have chest pains, life is a lot better.”

Jeff’s participation in the FREEDOM study was a milestone for MHIF as our 2nd patient to participate, and the 20th patient in the country to be part of this study. MHIF is proud to continue to offer new and ground-breaking treatment options for patients like Jeff and other individuals and families looking for hope. 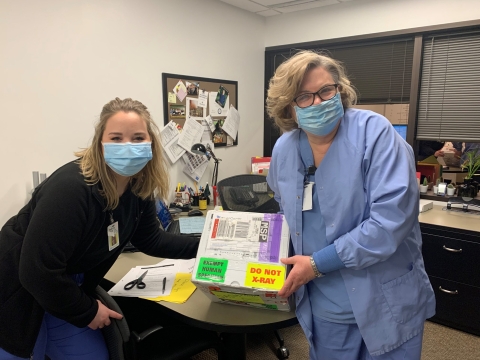 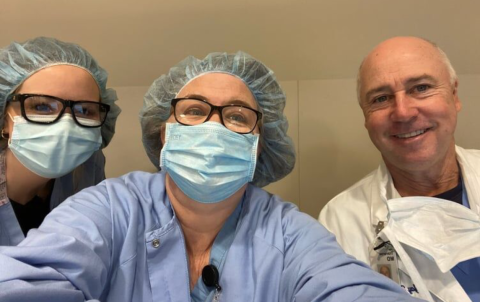